Travis Scott has recently come under fire after the tragic events that transpired at the rapper’s Astroworld festival, but this isn’t the first time he’s been accused of whipping crowds into a frenzy. His former manager, Shane Morris, has even gone so far as to call him “a genuinely horrible person.”

According to the Houston Chronicle, a “mass casualty” event was declared by police and firefighters just 32 minutes after Scott’s Astroworld set began. Promoters agreed to find a way to cut the show short, but the show continued until the rapper had gone through his full setlist, finishing at 10:15 as planned. The second night of the festival was canceled after the extent of the first night’s casualties became clear. At least 25 people were taken to the hospital; 13 are still hospitalized. Five of them are under the age of 18.

Concert-goers describe the terror they felt as people began pushing towards the stage once Scott’s set began. “The crowd was squishing me so much that I felt like I couldn’t breathe,” Emily Munguia told CNN. “I felt so scared, like I was going to die.”

All this came just hours after people broke through the VIP entrance to the event that afternoon, pulling down a fence and trampling each other. No one knows what caused this pandemonium, but many concertgoers agreed that it wasn’t unusual for the crowd to get so stirred up.

This is not the first time this has happened at one of Scott’s shows. In 2019, three people were trampled and injured at the same festival as crowds rushed to enter the grounds. In 2017, a man was paralyzed after allegedly being pushed from a balcony at a Travis Scott concert due to overcrowding. He has also come under fire for encouraging fans to jump from balconies at his shows into the crowd below.

Scott was even arrested in 2017 after encouraging fans to bypass security and rush the stage at a show in Arkansas. He also ran into trouble at 2015’s Lollapalooza festival, pleading guilty to reckless conduct charges after he again encouraged fans to rush past security barriers.

This disregard for safety extends to his lyrics. In the 2018 track “STARGAZING,” the rapper sings, “And it ain’t a mosh pit if it ain’t no injuries // I got ‘em stage divin’ out the nosebleeds.”

His former manager, Shane Morris, is even speaking out, releasing a video with his thoughts on the situation. “I’m the one who had a seizure and I’m the one he left for dead in a basement in Los Angeles,” he says in the video. “When [Scott] sees people in harm or danger, he tends to continue only thinking about himself.”

“Travis Scott is a genuinely horrible person,” Morris continues, before going on to claim that he used his experience as a software developer to “fake” Scott’s popularity, using bots to rack up streams on the rapper’s SoundCloud page.

Scott, who is father to Kylie Jenner’s daughter Stormi with another baby on the way, said he is “absolutely devastated by what took place,” in a statement he posted on Twitter. “Houston PD has my total support as they continue to look into the tragic loss of life,” he continued. “I am working with the Houston community to heal and support the families in need.”

Over 200,000 Pounds Of Ham, Pepperoni Products Recalled Over Listeria Fears 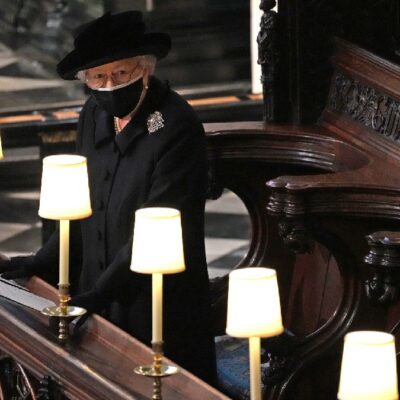