Last Sunday, Wheel Of Fortune and its host, Pat Sajak, were anything but ready for celebrity guest Mario Cantone. The Sex and the City star made a memorable appearance for the show’s celebrity edition of the game. Of course, Cantone kept the show’s fans, as well as its hosts, entertained the entire time he was on camera.

Mario Cantone truly stole the show on Sunday night’s episode of Wheel Of Fortune, and it was clear neither Pat Sajak nor Vana White had dealt with a contestant as unpredictable and entertaining as the comedian.

From his request that Vana White spin around like a Tony Award to the over-exaggerated way he asked for a vowel, Cantone kept things entertaining from start to finish.

“Do me a favor. For the rest of the show, don’t behave yourself,” Sajak jokingly requested. To which Cantone replied, “Oh, I won’t!” But fans truly lost it after Sajak compared him dealing with Mario Cantone to one of his previous jobs.

“We’re having great fun tonight, and my previous job as a cat wrangler has really helped me out in my efforts here tonight,” the host joked. After the show aired, the Wheel Of Fortune host revealed that viewers weren’t able to see one of the most hilarious moments of the night.

What Happened Between Mario Cantone And Pat Sajak?

Although viewers at home certainly got more than they were ready for from Wheel Of Fortune on Sunday night, Sajak later joked that there were moments that viewers never got to see.

“Some of the best stuff on last Sunday’s show ended up on the cutting room floor due to time constraints. America will never get to see @macantone and me as dueling Ethel Mermans performing “There’s No Business Like Show Business.” But maybe that’s not a bad thing,” the host tweeted.

Naturally, Cantone responded in the same humorous manner he approached his time on the show with. “A memory that’s only ours now @patsajak You are an amazing man. Working and singing with you was a dream! Funny, witty, kind, and a class act,” Cantoned responded on Twitter.

Along with Sajak and Vana White, the Wheel Of Fortune audience was certainly entertained by Cantone. In fact, an exchange between White and Cantone was so hilarious that it quickly got turned it into a GIF.

After Cantone’s appearance on Wheel Of Fortune, the celebrities that follow undoubtedly have some big shoes to fill. 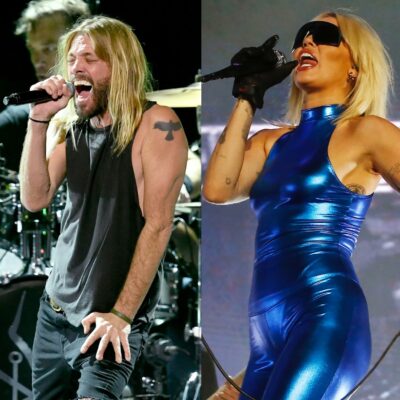 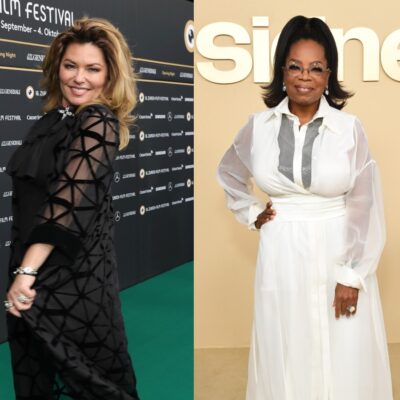 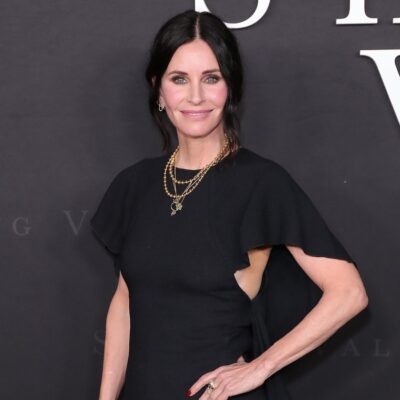 Courteney Cox’s Honest Take On Plastic Surgery Is So Refreshing, And We’re Totally Here For It

CelebsKelly Ripa Explains Why Botox Is Important For Her
CelebsHow A Voicemail From Taylor Hawkins Inspired Miley Cyrus’ Song Choice At Tribute Concert
CelebsShania Twain Explains Why Her Dinner With Oprah Winfrey ‘Went Sour’ And What She Learned From It
CelebsCourteney Cox’s Honest Take On Plastic Surgery Is So Refreshing, And We’re Totally Here For It