Are Prince Harry and Meghan Markle struggling to see eye-to-eye on their holiday travel plans? One tabloid claims the duke wants to visit the UK to see the queen but the duchess isn’t on board. Let’s check in on the royal couple’s latest spat.

This week, OK! reports Prince Harry desperately wants to visit the UK for Christmas, but Meghan Markle is refusing to go anywhere near her in-laws. Ever since reports surfaced that Queen Elizabeth is in poor health, Harry has been desperate to see her. Harry “has been in touch with her nonstop, sending messages and care packages. But he feels that’s not enough and wants to be by her side,” an inside source dishes.

And yet, it’s his own wife that’s putting a hitch in his plans. But a source says the duke is prepared to move ahead anyway. “She’s made it clear she wants nothing more to do with the Windsors, and he respects that, even if it means not being with her and the kids,” the tipster reveals. “He’s fearful there may not be another opportunity to celebrate the holidays with the queen. For all of his grievances with the royal family, he adores his grandmother and misses her terribly.”

What We Know About Prince Harry’s Plans

While we’re sure Harry misses his grandmother, there is simply no evidence to support this tale. First of all, it’s unclear where the tabloid is getting its information. We seriously doubt anyone close to the Sussexes are running to the tabloid to spill their dirt, and there certainly aren’t any other credible reports supporting this story. From what we can tell, this entire report is, at best, hearsay.

We seriously doubt Harry is rushing to the UK against Markle’s wishes to spend his daughter’s first Christmas away from her. Harry and Markle have always displayed a united front, so a move like this would be extremely uncharacteristic. To be perfectly honest, we have no idea how the Sussexes plan to spend the holidays. That being said, we have a very good reason for thinking the tabloid doesn’t either.

The Tabloid On Prince Harry And Meghan Markle

Besides, OK! has been wrong about Harry and Markle’s travel plans in the past. Last year, the magazine claimed Harry was “begging” his royal family to let him return to the UK. Of course, time has only proven this rumor false. Then the tabloid reported the queen was begging Harry to “come home.” This claim was similarly unsupported. Obviously, OK! isn’t clued into any royal agendas. 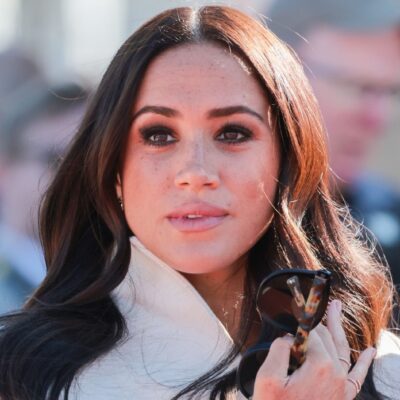