Taylor Swift fans around the world had a lot to say about actor Miles Teller starring in the singer’s latest music video, and it wasn’t all good. The question on many viewers’ minds: did Teller get vaccinated?

The Whiplash actor appears in Swift’s video as her ex who’s getting married, and yet can’t stop thinking about the pop star. Swift is featured as well, wreaking havoc at the wedding. The video, for the single “I Bet You Think About Me,” was directed by Swift’s close friend, Blake Lively.

As much as fans loved the video, many were quick to bring up reports that Teller was not vaccinated. Swift has been vocal about her use of COVID safety precautions when making music and videos, so some wondered how she could overlook a rumored anti-vaxxer actor.

In September, the Daily Mail reported that production on the Paramount+ series, The Offer, had been shut down after the Teller, who had allegedly refused to get vaccinated, tested positive for COVID.

“Miles Teller is not vaccinated. He wouldn’t even get the test,” an on-set source told the newspaper adding, “Now he’s brought the virus to the set and the whole set had to shut down.” The actor’s rep told the tabloid, “Your facts are incorrect” but the rumor mill was already churning.

The Hollywood Reporter weighed in as well, writing, “That positive person was publicly identified as a series star who was said to be unvaccinated.” They also estimated losses for the shutdown to come to $6 million, but a Paramount+ rep said the figure was lower.

The Actor Shuts Down Rumors

Teller was quick to address the latest rumors, tweeting just hours after the music video dropped, “Hey guys, I don’t usually feel the need to address rumors on here but I am vaccinated and have been for a while.”

This isn’t the only controversy surrounding the Paramount+ show, based on the making of The Godfather. Teller was brought in to replace Armie Hammer after the actor was accused of sexual assault, abuse, and cannibalism.

Vaccination remains a touchy subject for many, with people pointing fingers and spreading stories without all the facts. Teller’s story proves that the rumors aren’t always true.

Oprah And Maria Shriver On How Doctors Fail Women Going Through Menopause: ‘They Give Them A Drug And Tell Them To Go Home’ 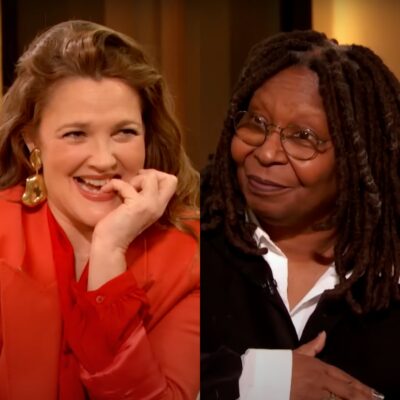 Drew Barrymore Is Following Whoopi Goldberg’s Advice On Dating Later In Life: ‘Maybe A Hit-And-Run Is A Better Way To Go’